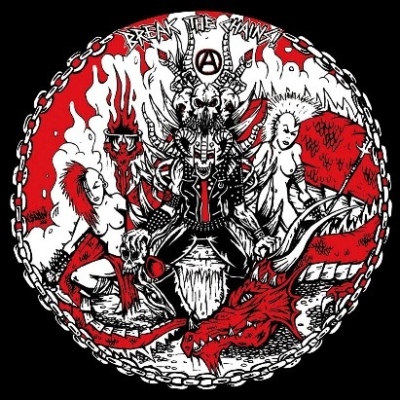 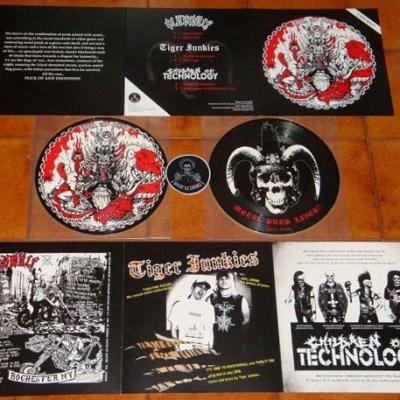 Break The Chains
Sold out

“BREAK THE CHAINS” marks a new step in the history of metalpunk multiverse, always faithful to the label concept. This 4th volume in the series will surely become a milestone in the genre.
BLÜDWÜLF, the crazy undead creature from Röt-chester, NY, attacks your ears once again hypnotizing your mind with sulphureous potions of darkened thrash in their rough punkish vein!!! Tracks: ROAD OF DEATH // CHAOS 2012.
TIGER JUNKIES return!!! Toxic Holocaust’s mastermind JOEL GRIND and YASUYUKI, behind well known beasts like Abigail & Barbatos, join their drunkpunk attitude to make your head bang till hangover!!! Tracks: IT’S TIME TO ROCK’N’ROLL // TURN IT ON!
Distort Shitaly ravagers CHILDREN OF TECHNOLOGY give proof of their survival after doomsday showing how to rise from the ashes of a dead world. Another lesson of sleazy ‘n’ furious speedcrust!!! Tracks: SUBMIT TO EXTINCTION // POSTNUCLEAR QUARANTINE 2011 A. D.
4th B.T.C. opus is packaged in a 12” picture disc, profaned by the unholy artwork of James Von Sinn, completed with insert and limited to 700 handnumbered copies. The first 100 pretenders will receive a woven patch with the label logo as a homage for their support to the underground scene.