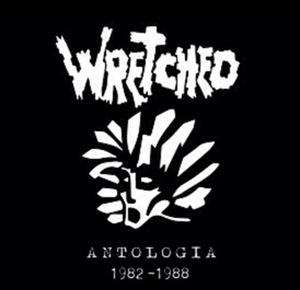 BACK IN STOCK!!! The definitive Wretched collection on a double CD. Contains all the four singles, the LP and the 12" plus two live tracks. 49 tracks altogether and remastered and a 24 page booklet with tons of photos and insane artwork. Officially released by the former bass player Fabietto. No bootleg, no rip off.