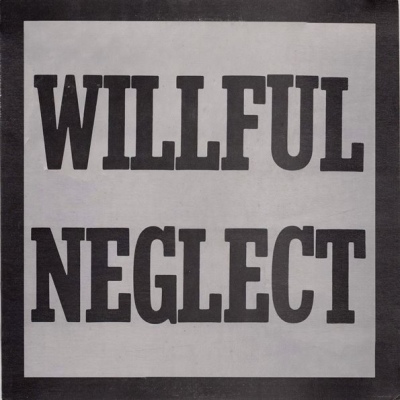 Willful Neglect hailed from the East Side of St. Paul and released a self titled 12" in 1982 and the Justice for No One 12" in 1983. Their style was fast aggressive hardcore with some high energy rock influence thrown in. I'd compare them to White Cross or maybe Verbal Abuse. This re issue compiles both 12"s on one LP under license from the bands own Neglected Records, who also released a CD discography a few years ago. This is a split release between Havoc and Hoehnie records.