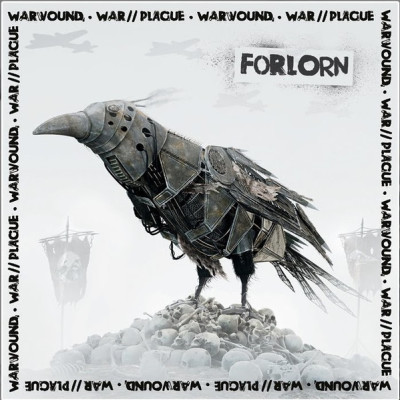 CRUST-HARDCORE/PUNK. Originaly formed in 1982, WARWOUND temporarily disbanded in1984, after releasing 3 demos that have reached cult classic status following their re-release on Profane Existencein 2015. WARWOUND rears their head again on this split with 2 fast and heavy songs featuring roaring vocals backed by solid beats. Since 2008, Mineapolis’ WAR//PLAGUE have been mastering their crust-punk sound. Their tracks aren't for the faint of heart. WAR//PLAGUE kicks it up a notch with grinding beats and intelligent lyrics.