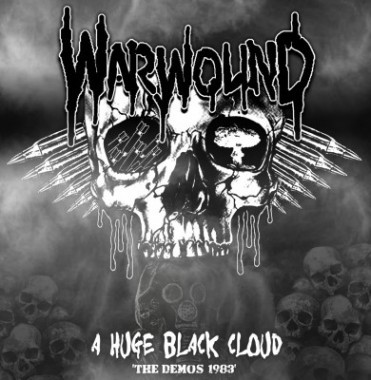 Recorded in 1983, this record contains 15 songs from 3 sessions. With a few different takes you get a total of 25 blistering tracks. For those unfamiliar with WARWOUND, they are a UK band formed in 82. WARWOUND recorded 3 demos in 83 before disbanding and members went on to join THE VARUKERS and form SACRILEGE. These demos never received an official release… until now! Highly influenced by DISCHARGE, WARWOUND is one of the first bands ever to take D-Beat Punk to a raw and intense level. Recently reformed in 2015, original guitarist Damian is now joined by Ian Glasper on bass and Rat Varuker on vocals. After a few gigs in the UK word is spreading fast of the relentless onslaught of a live show these veterans put on. WARWOUND have also recently hit the studio to record for the first time in over 30 years. Needless to say WARWOUND is back with a vengeance!