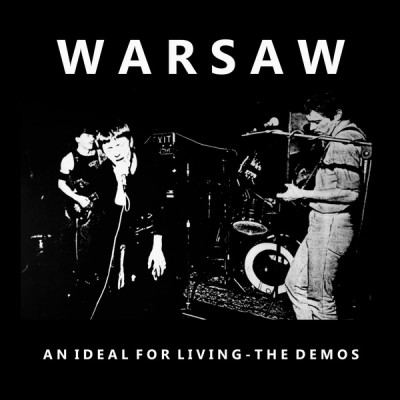 An Ideal For Living - The Demos (LP)

BACK IN STOCK!!! Before there was Joy Division, there was Warsaw. The group was founded after a 1976 Sex Pistols gig, and the late great Ian Curtis joined the group soon after. By their first official gig, in 1977, they were already the talk of NME and a rush to sign and record led the group to RCA. Recording in Manchester's Arrow Studios in May 1978 brought a full album's worth of songs but the band ultimately didn't like the direction of the production and asked to be released from their contract. Here is that mythical unreleased album along with the earliest demos from the group, recorded in 1977. Essential stuff for any fan of UK post-punk.