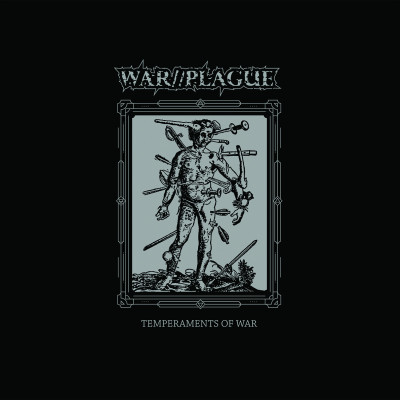 BACK IN STOCK! This is the bands 6th release and consists of 4 songs on a 12" format. Also comes with a digital download. This particular album is laden with a barrage of punk and rage! WAR//PLAGUE have written 4 new songs where each song carries a specific anthem and sound dedicated to the subject at hand. "A concept based on the philosophy of the Four Humors and how they tie into man's obsession with war". With members of Provoked, Pontius Pilate, Flux of Disorder, Calloused, Path of Destruction and a few releases on their back, War // Plague are already well known for their modern approach to the 90's US crust. Music full of passion and invention, darkness and energy. Their local mates from Misery are a good stylistic suggestion...