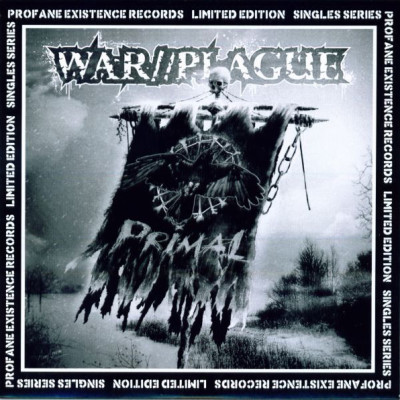 This record is potentially the best release these Minneapolis punks have yet to offer! The driving force behind this release is laden with mad as fuck thrash punk. These tracks are an all out assault on the shallow society we live in. This is “Primal”…war cries to decimate corporate sponsorship in the DIY punk underground, and to curse the thrones of those who rule. WAR//PLAGUE carry the torch for what really matters in this desolate world of superficial living and material gain. The scathing and metallic riffs, the onslaught of drums and the scorching vocals makes this a serious addition to their previous releases. This is a clear and concise release with a message to raise the flag high and to bestow nothing but rage against the masses that lie, cheat and kill. This is the 7th installment in the PE Limited Edition Singles Series