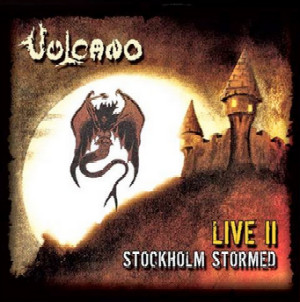 Official soundboard recorded live  in Stockholm, Sweden, May, 09th 2013. Limited edition to 500 copies. Vulcano is an unstoppable thrashing force that has been destroying everything in its path since 1981. Hailing from Brazil, they were part of the first wave of Brasilian thrash together with Sepultura, Dorsal Atlantica and Anthares.