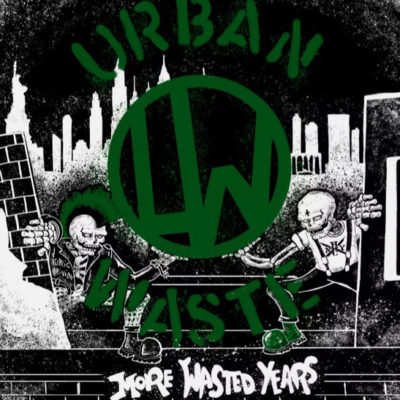 MOB CLASH RECORDS proudly releases this classic NYHC band from the school of the A7 and CBGB's where bands like AGNOSTIC FRONT, CAUSE FOR ALARM, THE ABUSED, THE PSYCHOS, ANTIDOTE, MURPHYS LAW, SSD, NEGATIVE FX and other bands played back to the early 80's.
After the record Reciclyed in 2010 and the digital record WASTED CREW released this year, URBAN WASTE and MOB CLASH RECORDS put out the MORE WASTED YEARS 12"