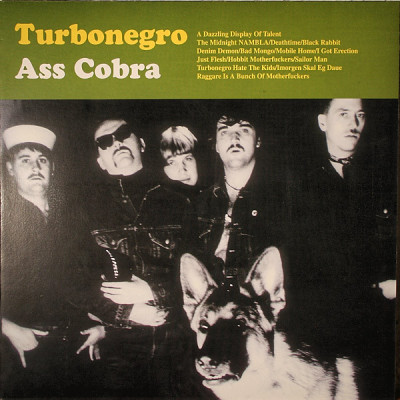 BACK IN STOCK!!! Ass Cobra is the Norwegian punk rock band Turbonegro's 1996 studio album, their third full-length. It was first released on Boomba Records in Germany May 1996 and in 1997 on Sympathy for the Record Industry in the United States. It was re-released in 1998 on Bitzcore Records (Germany) and on Get Hip Records (USA) and in 2003 on Epitaph Records (USA) and Burning Heart Records (Sweden). The album title is a reference to the AC Cobra sports car and the album cover to Pet Sounds by The Beach Boys.