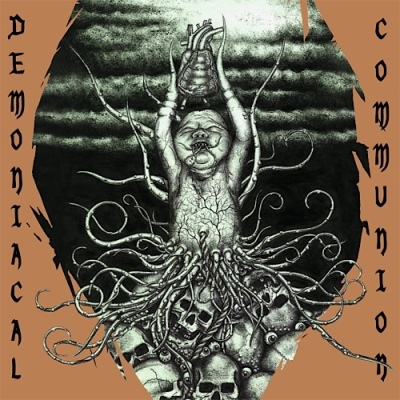 Ancient Nightmarish Death Terror Metal.
Exclusive new tracks from both of these morbid bands who are Influenced by thousands of 80's and early 90's Death/Speed/Black/Thrash Unholy Gods.
This split EP stands in opposition to all the happy pseudo death/black metal shit of today!
No originality, no own style, no musical progression, only aggressive, raw and ugly Metal as it should be!
If you aren't into Necrovore, Terrorizer, Blasphemy, Nihilist, Bestial Warlust, Possessed, Imperator, Asphyx and Merciless - keep away from this!!!
This is Pure Total Death!