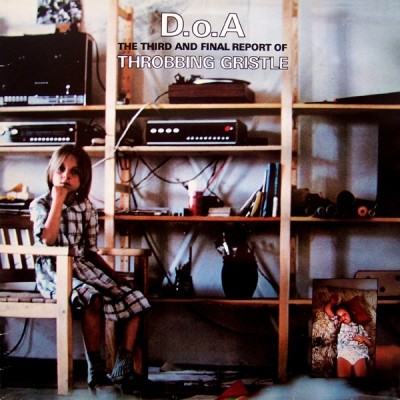 D.O.A. The Third And Final Report Of (LP)

BACK IN STOCK!!! D.o.A: The Third and Final Report is the second studio album by industrial music pioneers Throbbing Gristle, released in December 1978 by record label Industrial. The first 1,000 records issued were enclosed with a card calendar with color photos of a little girl on a bed. Another pressing of 1,000 copies was recut with false track markers (the "bands" visible on a vinyl disc) to give it the appearance of having sixteen tracks all of exactly equal length. The single "United", which had garnered some popularity due to its relatively accessible style, was included on the album sped up to last sixteen seconds from its original length of just over four minutes. Pitchfork described the album as "a nauseating masterpiece, and an essential recording". The album was included in the book 1001 Albums You Must Hear Before You Die. On the album, TG member Chris Carter recalled: "DoA showcased some of our strongest work and established the course we would head in". And the rest is history...