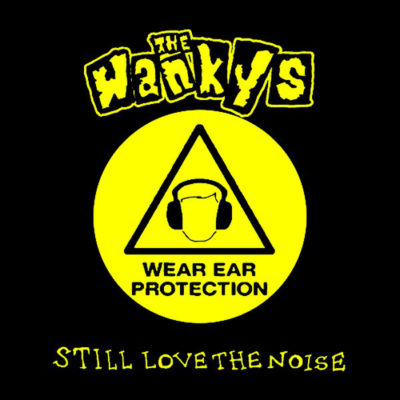 The Wankys combine hardcore influences from Japan and their native UK, though most of their aesthetic is derived from the former with the band name being a homage to The Swankys. The liner notes and lyrics even go as far as being written in an annoying faux-Engrish, though these blokes aren't the first non-Japanese band to do this! That said the lyrics to "Shut the Window" are genius that we can all relate to.

In spite of the title, this isn't that noisy, with the music being fairly workmanlike hardcore - most of the chaos derives from the abrasive shrieking vocals. A good blast. YELLOW VINYL.