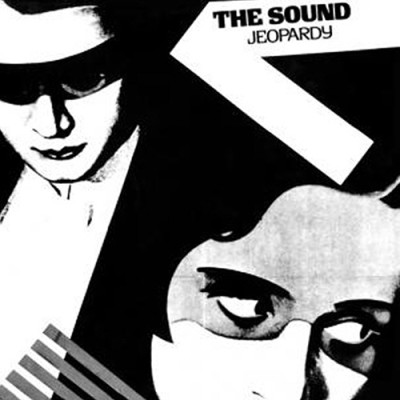 Formed in 1979 and fronted by the mercurial and troubled Adrian Borland (he would commit suicide in 1999 after years of battling depression), The Sound are one of the most unjustly neglected bands of the ’80s. They may not be as well-known as their contemporaries Echo & the Bunnymen or Joy Division, but their contributions to the first wave of English post-punk are as equally unique and influential.

Fed up with its simplistic structure and rote posturing, Borland cut ties to the punk movement after fronting ’77-era group The Outsiders. Not unlike Magazine’s Howard Devoto, whose similar inclinations led to his leaving The Buzzcocks, Borland wanted to create a sound that relied more on atmospheres, tensions and instrumental interplay while harnessing the urgency of punk’s spirit. With the release of Jeopardy, The Sound turns this inspiration into a nearly perfect debut.

Featuring rough-edged production fitting its £800 recording budget, Jeopardy is a caustic rush, full of songs with hooks and emotional impact that never resort to histrionics. The album’s opener starts off minimally, until the nervy guitars of the chorus rip through the song. This auspicious beginning only hints at what’s to come. Every song that follows builds on the momentum of a complex pop masterpiece. Borland’s lyrics also prove him to be one of the few post-punk songwriters whose words are worth poring over and analyzing.

The album received extremely positive reviews, with NME, Sounds and Melody Maker all bestowing their highest ratings, and influential British DJ John Peel welcomed the band into the studio to record a session. All of the critical praise heaped on the band makes it hard to explain why The Sound never rose to the prominence of the two bands to whom they received the most comparisons, but one only need to listen to Jeopardy to hear Borland’s perfect combination of Joy Division’s dark, tortured angst and Echo & the Bunnymen’s accessible glam/art-rock fusion.