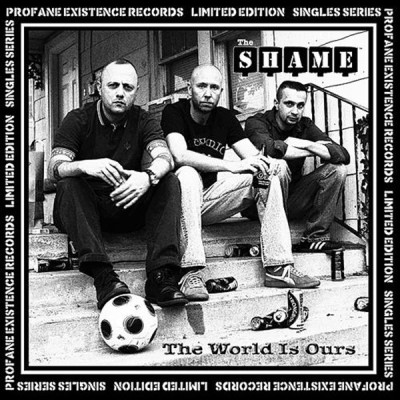 This is the first installment of the Profane Existence Limited Edition Singles Series and is a hell of a way to kick it off! They’re a three piece from Tulsa, Oklahoma who aren’t new to music scene as the members have been in other bands such as Brother Inferior, Bring Down The Hammer and Assembly of God. This 7″ brings us 4 songs of mid-paced, beer fueled, anti-fascist oi tunes that are guaranteed to be instant classics. Each is catchy and melodic with clear vocals and sure get you singing along with a hearty pint(or four). The subject matter is all about working class struggle, soccer and, you guest it, drinking beer. The production is just raw enough to add to the real life subject matter of the songs.