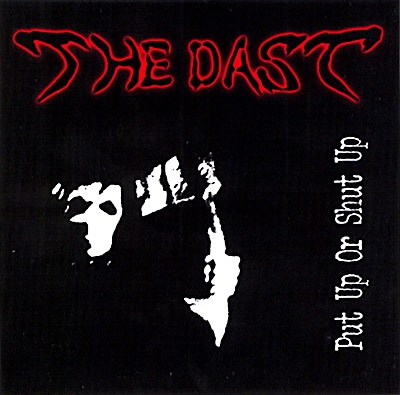 Put Up Or Shut Up (Mini-CD)

TOKYO ROCKIN' DYNAMITE CORE/THRASH!!!
Formed in 1993 with 3 guys: Kouta Nonaka, Yuuki Murasawa and Takayuki Katsumata, they'd been played for 2 years until changing their name to YAMANEKO.
But after a while, in the day of 2003, they returned to the scene as THE DAST again releasing 2 demo CD-R "THE DAST" and "SHIMENSOKA".
In 2005 they got new member GANA (ex-GAIA, now also in PLASTIC NINE) as a singer and became more active as a 4 piece band, releaseing another demo CD-R "STAY HUNGRY".
And now in 2006, their debut 5 tracks CD "PUT UP OR SHUT UP" is finally out!!! Just be frightened at THE DAST's violent & emotional sound!!!