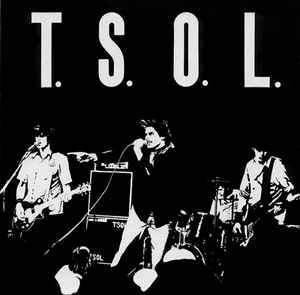 Official Fan Club Release! Contains Weathered Statues EP as bonus tracks and Peace Thru Power form the Posh Boy single. The EP's emotional sound and vicious attitude ensured T.S.O.L.'s standing as a major force in the southern California hardcore scene. According to Grisham, "the kids ate it up like candy, or cheap booze, and the shows grew in size." Steven Blush, author of American Hardcore: A Tribal History, writes that it was "lauded for its political conviction". In a retrospective review for Allmusic, Alex Henderson rated it four stars out of five. He remarked that the political stances of "Property Is Theft" and "Abolish Government / Silent Majority" seem opposing, representing two radically different schools of thought and making it unclear which ideology the band preferred. "What is clear", he said, "is that this record hits its mark musically even though its lyrics can be nebulous. Whatever you think of T.S.O.L.'s politics, this EP is an inspired and exhilarating slice of early '80s punk." Adam Bregman, reviewing Dance with Me, called the debut EP "exceptional".