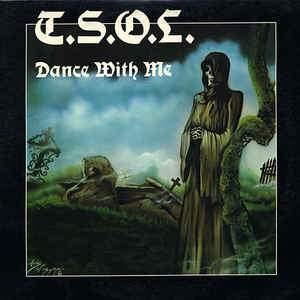 Dance With Me (LP)

Official Fan Club Release! Dance with Me is the first full-length album by the American hardcore punk band T.S.O.L. (True Sounds of Liberty), released in 1981 through Frontier Records. While the band's eponymously titled debut EP, released earlier that year, had been filled with radical leftist lyrics, Dance with Me moved away from politics in favor of horror film- and gothic-inspired subject matter. The album includes T.S.O.L.'s most well-known song, the necrophilia-themed "Code Blue".