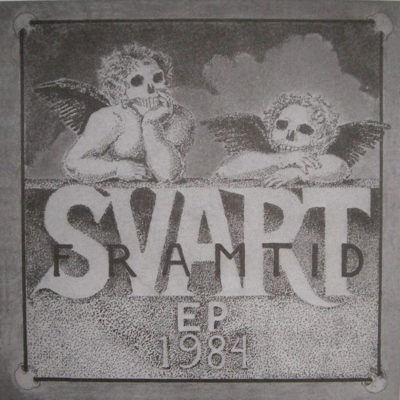 BACK IN STOCK!!! Reissue of this classic piece of Norwegian hardcore punk, originally released by X-port Plater in 1984. Featuring Gunnar Nuven on vocals, later of Kafka Prosess, So Much Hate and more.

This is one of the best european HC records and although I don’t spin the only EP by Norway’s SVART FRAMTID twice a week anymore (like I used to do), it’s still got a lot of charme. Just read the lyrics to the song “Religios Terror” and almost felt a bit nostalgic: Seems like songs against religion these days would rather be directed against those Taliban, Hamas and El-Qaida creeps. Best song is “Disipline” – a minor classic, followed by “17 Milliarder” which has some intersting guitar bits towards the end.