Mailorder > 12" > SUMMON THE CROWS – One More For The Gallows LP 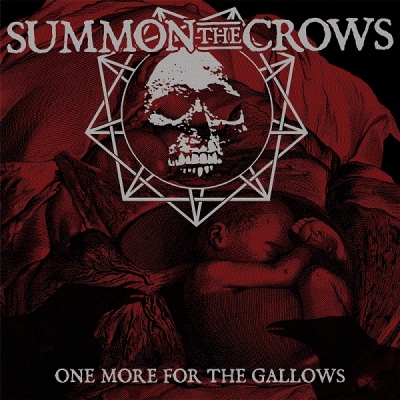 One More For The Gallows (LP)

BACK IN STOCK!!! Norways gloomiest and heaviest Crust-monster is back!
Four years after their first full-lengh "Scavengers feast", they might have presumed dead and gone but they were just waiting out in the dark closet to gain and regenerate their power and force much more than ever before.
Yet, 4 years later, SUMMON THE CROWS are prepared to unleash a brand new studio album of 10 manic and intense Bulldozer-Crust anthems that come along with a distinctive blackened vibe and a vary of fast and mid-tempo elements in their songwriting not unlike old Black Metal but with a way better production and a hell lot of sound and urge for power in their production!
You might spot some bits of influence here and there, reminding you sometimes of SLAYER, CELTIC FROST or even the old vintage VOIVOD.
A guttural sick vibe within the vocals, a bass and drum unit that weights several tons and a heavy shredding and chugging guitar that creates a sonic juggernaut of grim and dire tunes.
SOMMON THE CROWS are far beyond the cliché when it come to their lyrical content and tend to deliver a way more brutal, undisguised but honest message. A misanthropic view upon the state of mind we're in.
Face down in the dirt of what we call "history" and "civilisation" in general.
"One more for the gallows" was recorded in 2010 at Oslo's amazing Endless Tinitus Studio, Mastered by Jack Control at Enormous Door Mastering and comes with a 30 x 60 poster insert including lyrics and artwork.