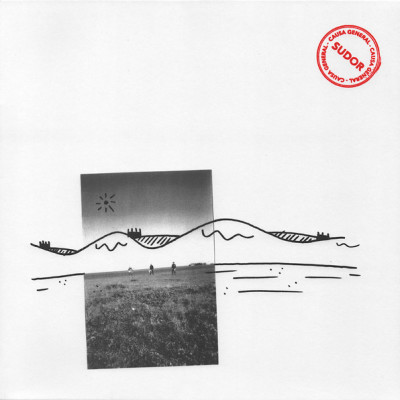 BACK IN STOCK!!!
As anyone who’s ever seen them live or experienced their growing recorded output can confirm, Spain’s Sudor are, without a doubt, one of the most exciting hardcore punk bands on the planet as their third album, “Causa General”, makes patently clear. With a sound rooted in the Discharge tradition, Scandinavian Hardcore and the classic sounds of 80s Spanish punk bands, Sudor’s powerful and extreme personality explodes with manic energy in the grooves of this beast of a record. Sounding meaner, dirtier and more pissed off than ever, the band takes no prisoners, spitting anthem after anthem of raw, unaltered hardcore punk the way it’s meant to be… loud, fast (with the occasional kick ass mid-tempo crawler) and uncompromising. Make punk a menace again and play this monster L-O-U-D, your lame ass neighbors will hate your fucking guts.