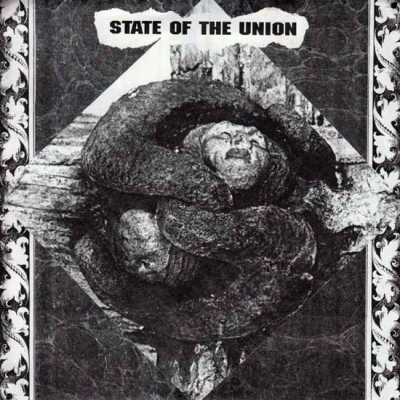 STATE OF THE UNION

Second EP by these old U.S. punks released in 1995 on the mighty P.E. label.
Imagine Amebix back in 1989/90 taking the decision to go on for some more years, probably their new records would sound like their old stuff with 90's sound.
And this is how State of the Union sound like in Rez-Erection: A modern version of Amebix and close to bands such as Neurosis and Sleep.