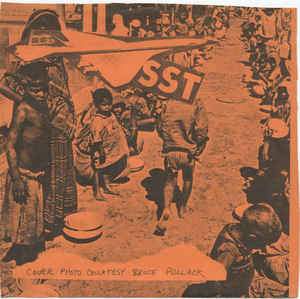 Close Encounters Of The Third Kind (7")

Official repress/reissue of this killer weirdo outsider San Francisco DIY/Art Punk/New Wave 7" EP originally released in 1978 on Tidal Wave records, one of the first Punk DIY labels in SF. Tidal Wave records was also responsible for the first Tuxedomoon 7". SST was founded by Irene Dogmatic who would go onto The Beautykillers and The Kahunas and a Ted Falconi Pre-Flipper on guitar.

-For fans of The Electric Eels, Fatal Microbes, Early Mekons, The Desperate Bicycles