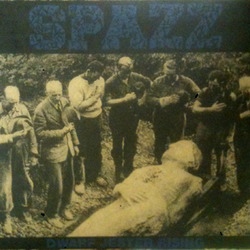 BACK IN STOCK!!! The debut LP from SPAZZ originally released almost 20 years ago in 1994! The rarest of the SPAZZ LPs, "Dwarf" is SPAZZ's most stripped down and raw full length, re-mastered and re-released by 625 for all of the vinyl addicts out there. Multiple colored vinyl, limited to 1500 pressed.