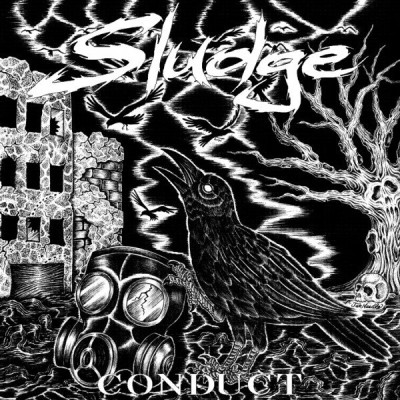 SLUDGE come from Kinan/Wakayama Southwest Japan.
After several years of unknown activities the band released a demo cdr sold in a bunch of record shops only, and that kickstarted everything.
Everyone who happened to put his hands on that demo was blown away.
Crust war had a chance to meet the members and proposed them to put out a record, and here is the result.
10 tracks of total anarchic rawness and destructive mayhem played in traditional japanese metalcore punk style with slightly crust and metal punk touch.
Fans of GISM, ZOUO, later GHOUL, EFFIGY, DEMOLITION, TETSU ARREY, G.A.T.E.S shouldn't miss this!﻿