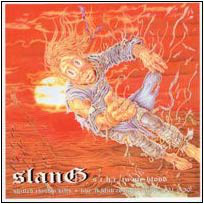 Second album of this Hard Core band from Sapporo (Japan), an album that they released in 2001 with the record label Straight Up Records in Japan, and with Conquest Wake Records in Europe, in which we can find a total of twelve raps of authentic JapCore, accelerated forceful and rabid. A full live concert as bnus tracks included too.