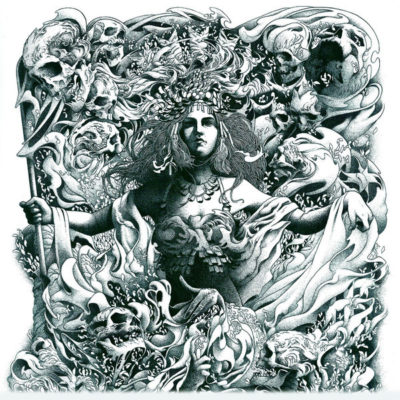 This record is simply brutal! From whatever angle you'll look at it, the perspective is always the same: B-R-U-T-A-L!!! Let's start with the artwork: SICK, screenprinted on different colored cardboards; the LP (one sided) is screenprinted on the blank side. The music is a lethal mix of death metal and crust punk, very well played, very well recorded and very well produced. And what about the most important thing? Attitude! All the members are involved with different other bands (too many to mention), put up shows, release records and move in a 100% D.I.Y. territory. So, cutting it short, they're Italian but sound like they're from Sweden, they're D.I.Y. but sound like they're on Relpase Records, they're at their debut but sounds like they've been doing this forever. Hail to Skulld!