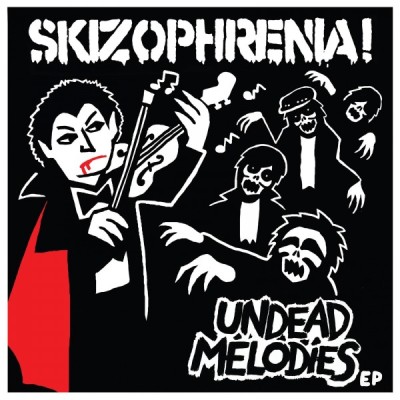 Now, that's about time ! 6 years since their last record, SKZ are back in full force with this 4th EP. Forging their sound in the old scandinivian and finnish 80's raw punk scene and the likes of Pohjasakka, Vaurio, Appendix, Moderat Likvidation, Absurd... and adding a typical japanese nitro-fueled hardcore punk approach to it, this record is pure energy !! Not only these guys have had the most sincere attitude in Japan for the last 15 years, but they are also one of the most active band of the Empire right now; after playing Texas, touring Europe twice and Australia, the band will embark for an North Amercian East Coast US Tour in August, hence the release of thie EP ! Check out their singer Yu's distro / label Vox Populi, he's responsible for some great records and always brings the best bands in Japan. Released by SKZ records in Japan, Distort Reality in the US, Hardcore Victim in Australia and excusively by Kick Rock in Europe. Attack !! Attack !! Attack !! Attack !!