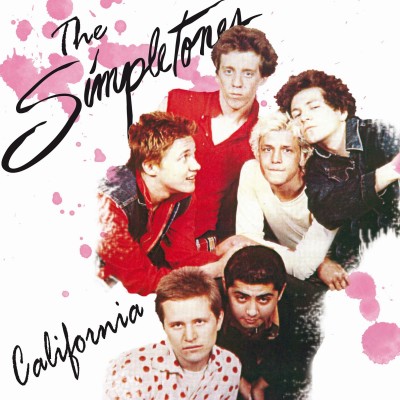 BACK IN STOCK!!! Great retrospective on this criminally underrated California punk rock outfit from the late 70's/early 80's. Hailing from the SoCal working class town of Rosemead, the Simpletones only released one single on Posh Boy and had 5 tracks on the classic comp 'Beach Blvd', before breaking up but their influence on the punk scene is still felt today. They were one of the first West Coast groups to truly incorporate a melodic, pop-punk sound into their repertoire, and their influence can be seen from the 80s melodic hardcore of The Descendents and Bad Religion to the 90s revival of Green Day and The Offspring and beyond. The second band ever signed to the Posh Boy label, The Simpletones counted among its members, Snickers of The Klan, Jerry Koskie and Rabit from The Cheifs and Jay Lansford of the Stepmothers, CH3, Rik L Rik and the Urge fame. Collected here are all 20 tracks the group recorded during its original tenure from 1978 to 1980. Unbelievably classic first wave LA punk rock back in print on LP for the first time in over a decade.