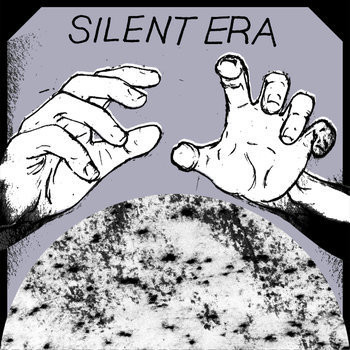 After a demo tape, here comes Silent Era's debut vinyl release. Upbeat, fast and moody political punk from the Bay Area with members of Deskonocidos, Neon Piss, The New Flesh, Criaturas and more. Here at Doomtown Records headquarters, Silent Era's music heavily reminds us of the late eighties sound we really dig and that is melodic side of UK hardcore and greats such as HDQ, Sofa Head and Instigators, as well as bands like Poland's Post Regiment. Their approach for writing songs is definitely too fast to be called post-punk, but the chorus laden guitars and dark, melodic vocals could appeal to fans of that particular genre, whilst it's also too melodic to be filed under straight up hardcore punk. Recorded by Stan Wright at Buzz or Howl in Portland, OR.
Mastered by Daniel Husayn at North London Bomb Factory.