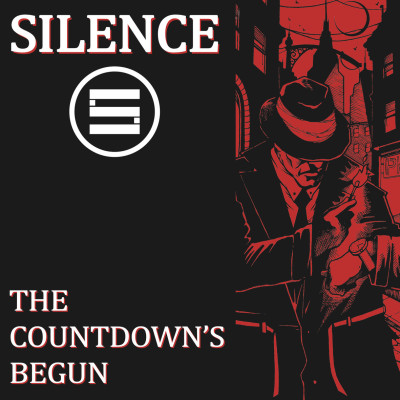 This is the second LP from Pittsburgh’s Silence, following up on 2016’s The Deafening Sound of Absolutely Nothing (Profane Existence), and it reflects a band that has matured considerably in their songwriting. The record incorporates a much broader range of influences into their post-punk meets peace punk style. Apparent on this LP are melodic sounds derived from the likes of Billy Bragg and the Jam, aggressive riffs and gang vocals that invoke Conflict and the Sex Pistols, and more angular and dark elements reminiscent of Xmal Deutschland, early New Order, and Gang of Four. They’ve been called dark punk, peace punk, anarcho-punk, goth punk and post-punk, but whatever you call them, Silence is equally at home playing a punk show in a smoky dive bar or basement with hardcore punk bands, or at a goth show under colored lights and fog machines.
The Countdown’s Begun is a peace punk record about endings. Simultaneously anthemic and ominous, its songs are situated squarely in the contemporary political moment without being excessively topical. The lyrics deal with climate change, gentrification, toxic masculinity, and the threat of nuclear war, but mostly through the lens of the personal alienation experienced by people living through these dark times rather than as a political tirade. It is a warning, and it is a meditation on what we’ve lost. Mourning without accepting defeat, it is also a battle cry. The Countdowns Begun was recorded during a blizzard at the end of 2018 in America, and that’s what it sounds like. It is a soundtrack for this bleak era.