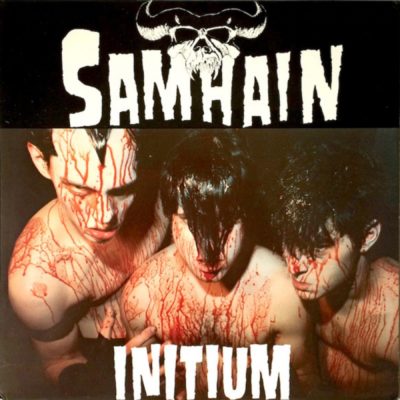 BACK IN STOCK!!! Unofficial repress of the 1984 debut album of Samhain, originally released on lead singer Glenn Danzig's independent record label, Plan 9. In various interviews Danzig states that the album's title, which translates from Latin to English as "beginning", represents his new start after disbanding his prior band, The Misfits, in 1983. Most of the final track, "Archangel", was actually recorded in March 1981, and was originally meant to either be a Misfits song featuring Dave Vanian (who never did vocals for the song) or a track for the band the Damned. The track "Horror Biz" likewise dates to Danzig's Misfits era, as it is a new version of "Horror Business" with different musical arrangements. The album was recorded at Reel Platinum studio in Lodi, New Jersey, excluding the introduction which was recorded at Eerie Von's home on a four track cassette.