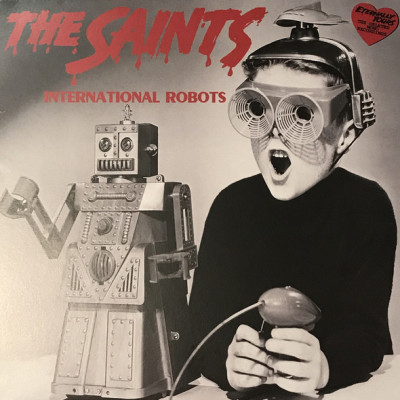 Recorded one month before the sessions done for the Eternally Yours album, it's a rough and raw document of the way the band imagined what the album would be. Released in 2004 on the All Times Through Paradise box-set, it is strangely entitled International Robot Sessions although the eponymous title is not in the set. Only one song was not used anywhere, the one called "Champagne Misery" (the formulation will be used in "Every Night's A Party" on Prehistoric Sounds). Two are from the One Two Three Four EP and won't be on the LP too. Are missing the fantastic "Know Your Product" and "International Robots". All in all, impossible not to have this document in any Saints amateur discography.