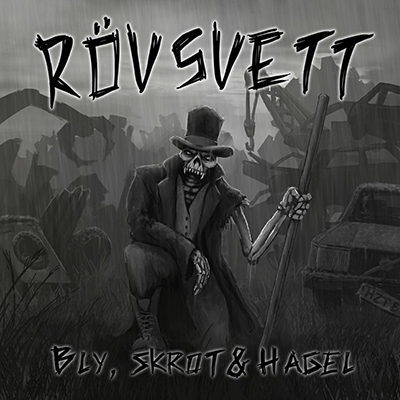 After the split EP with THE BRISTLES another great new release from the swedish Hardcore, Punk legend RÖVSVETT. In october 2017 the band went to the swedish Studio Underjord to record the four songs of this EP. RÖVSVETT are not like this kind of bands that need to re-invent themselves and their style all the time, good to see that they are "True Till Death". Since the Early Eighties RÖVSVETT are very well-known for their fast and aggressive Hardcore, Punk music, the rough style of their vocalist is very unique and some kind of trademark of the band. The material on this small piece of vinyl is one of strongest and best recorded in the history of the band, definitely a must for every collector of European Eighties related Hardcore.
Altogether 500 copies will be pressed (300 copies on Black vinyl, 100 copies on Orange and 100 on Grey vinyl), this is a co-production with the band itself and PHOBIA RECORDS from the Czech Republic.. The co-releasing partners will have copies of each colour, all copies will come in a b/w glued pocket cover and an extra lyric sheet.
This here is the "standard" pressing on Black vinyl only 300 copies made.