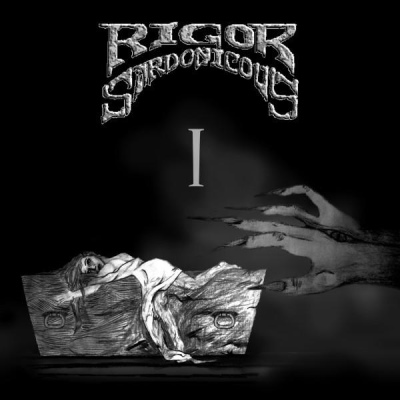 First release from Total War And Terror and Feudal Throne records.
The Rigor Sardonicous track is titled "I" and if you know the band, you know what to expect.
Raw, uncompromising, punishing extreme doom.
The P.I.M. track is called "neo-pessimism" and was written and recorded around the time of "The Undead Shall Rise".
The music from this track was originally going to appear on that LP but it didn't really fit into the context of the album, so i scrapped the vocals, wrote new lyrics and re-worked the guitars.
Nice archival piece if you like my work from that time period.
Artwork handled by My Dying Bride's Aaron Stainthorpe.