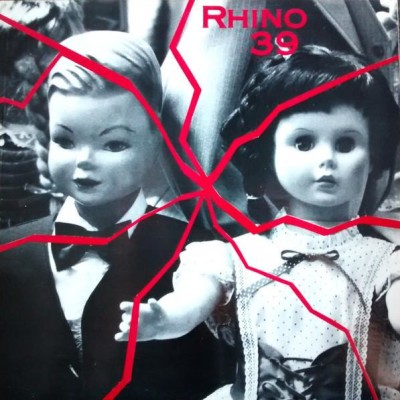 Radiation Deluxe Series present a reissue of Rhino 39's self-titled album, originally released in 1986.
Formed in the late '70s at the same high school that spawned L.A. legends True Sounds Of Liberty, \Rhino 39 had an unfortunate fate. After releasing one of the most legendary singles of the L.A. scene on Dangerhouse in 1979 - which included a track ("Prolixin Stomp") that is considered by many to be one of the earliest examples of L.A. hardcore - the lead singer, Dave Dacron, died in a car accident in April of 1980. His younger brother took over lead singing duties and though it took another six years for their self-titled debut LP to be released, it still sounds like classic early '80s L.A. punk. A legendary band with a long forgotten classic LP finally back in print on Radiation Deluxe. 180 gram vinyl. Edition of 500.