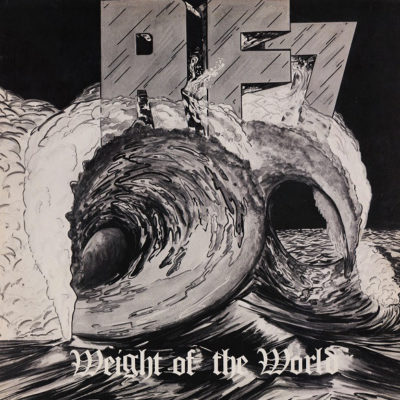 Weight Of The World (LP)

BACK IN STOCK!!! PNV Records unleashes another release from the RF7 catalog, long out of print and has never been repressed since being originally released in 1982, this was their debut album, released on legendary So Cal label Smoke Seven Records. This is the first ever reissue of this sought after So Cal Hardcore Punk underappreciated gem of dark and dirgy ominous Hardcore.

For Fans Of:
The GRIM
Necros
Battalion of Saints
Saccharine Trust
The Undertakers
The Stains
The Germs