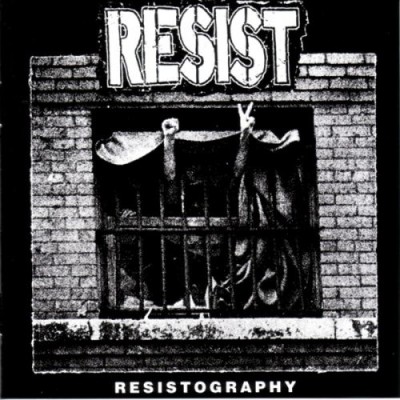 BACK IN STOCK!!!
RESIST were first among the wave of new anarcho-punk bands that swept over Portland, Oregon in the late 80's. During their brief existence they became a fixture of the local DIY / anarchopunk movement and released several records before personal problems tore the band apart in 1994. During their brief time together RESIST released their self-titled debut EP, The Only Solution... LP, a pair of split EPs with DISRUPT and DEPRIVED, and finally the Ignorance is Bliss LP on Profane Existence Records. During their time they were considered one of the foremost activist bands of North America, even though they rarely played outside their home town. After the band split up, members of RESIST went on to form other bands such as GODLESS, DEFIANCE, SEVERED HEAD OF STATE, etc. This discography CD includes studio versions of all previously released RESIST tracks plus outtakes and live tracks. The recordings contained herein are completely remastered from the original recordings are sound the way they were originally intended to be. Aside from an extensive booklet of lyrics, photos, and flyers, there are also several video clips contained on each CD. A classic piece of North American anarcho-punk history finally given the attention it deserved.