Mailorder > 12" > REMAINS OF THE DAY – Hanging On Rebellion LP 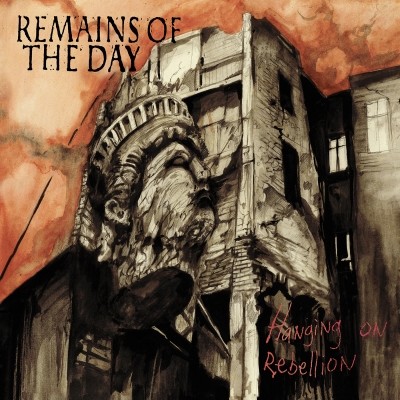 REMAINS OF THE DAY

Originally released in 2003, Remains Of The Day followed up “An Underlying Frequency” with ‘Hanging on Rebellion.” Where their previous effort was despairing landscapes of dereliction, interspersed with moments of hope, ‘Hanging on Rebellion” focuses on that desperate, frantic hope; the melody is heightened, the pace is quickened, the violin ever present yet out of reach in waves of heavy reverb over far more melodic post punk inspired guitars, howling screams and low growls and the very prominent pummelling d beat. It is this juxtaposition of almost etherial and intricately delicate melodies and the underlying crushing crust hardcore that is so evocative. Remains of the day perfectly captured the sound of an abandoned world of forgotten things; of expanses of pylons and withered trees, of cities lost to nature. Together with the likes of His Hero Is Gone. Madame Germen, Ekkaia and Tragedy, they would inspire a decade of epic, emotive crust. New Artwork by Alex CF.