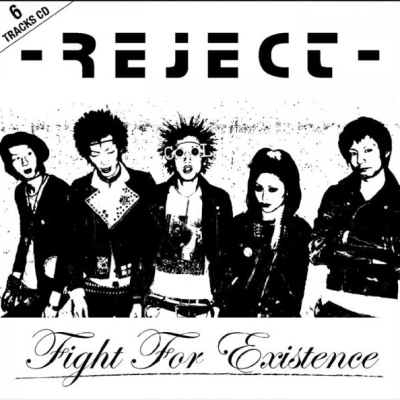 NOISE OF MIND! This is a brand new single CD by nagoya city hardcore punk attack REJECT, out from mighty POGO 77 label after the debut 7"EP!
Yes they can be recognized as a part of the "younger" scene, but they keep on sticking to their basic early 80's UK hardcore punk style for more than 10 years!
With tones of gig organization and tours, now they are ready for "THE ACTION!!" tour in april 2010 with SKIZOPHRENIA(tuyama city), FOLKEIIS（nagoya city), INTRUDERS with another upcoming 4-way split 7"EP!
ANGRY NEW GENERATION! ANTI SYSTEM! UK80's RIOT CITY!NO FUTURE RECORDS! FAST/LOUD/RAW HARDCORE PUNK!!! Crust? Street punk? Smash the categories! DISORDER! VIOLENT DANCING! Yes,we all have no future so this is for you,THIS IS VOICE OF ANGRY PUNK！