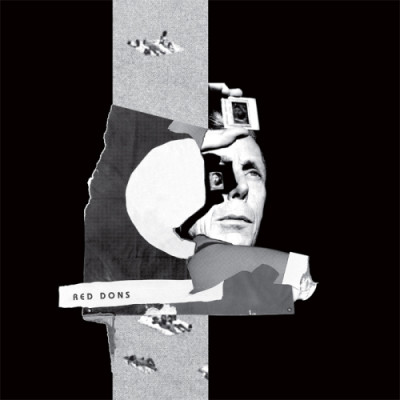 The Dead Hand Of Tradition (LP)

BACK IN STOCK!!! THE DEAD HAND OF TRADITION LP is available now for stream and download. Five years after their seminal “Fake Meets Failure” LP, Red Dons return with their junior album “The Dead Hand of Tradition,” set to be released August 10th on Taken By Surprise Records in Europe and later this summer by Deranged Records in North America.
A lot has happened in those five years. Two of the band’s core members Douglas Burns and Hajji Husayn left their hometown Portland, Oregon behind, for Chicago and London. They recorded and released a slew of singles on labels like Grave Mistake and Dirtnap (including a collaboration with TV Smith of UK punk legends The Adverts). Despite the distance between them, they’ve managed to tour regularly in North America and Europe.
In January this year they reconvened in Portland to record “The Dead Hand of Tradition” at Buzz Or Howl Studios, the same establishment where they recorded the album’s predecessor. “The Dead Hand of Tradition” features ten new tracks of their signature dark, driving, melodic punk rock sound. The formula of their distinctive songwriting hasn’t changed, but has matured as a result of having five more nomadic years under their belts. These new experiences have only added to the themes of alienation, emigration, and loss present in their music.
With Red Dons stalwart Richard Joachim on drums and recent recruit Ruby Sparks of The Stops (Dirt Cult Records / Sabotage Records) on guitar, the band just finished a Midwest / Canadian tour including an appearance at the Ottawa Explosion Fest last month and is returning to Europe for five weeks in the fall.