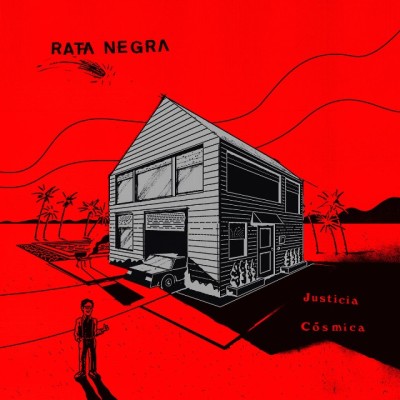 BACK IN STOCK!!!
The Madrid trio Rata Negra play fast, melodic, extremely hooky punk rock. They’re part of the global DIY movement, and their ferocity reflects that. But Rata Negra, who sing in Spanish and whose name means “Black Rat,” are also cleaner and catchier than most of their peers, and their snotty choruses and surf-punk hooks remind me of early-’80s California greats like Agent Orange.
Last year, Rata Negra impressed the hell out of us with their debut album Oído Absoluto. Today, they’ve followed it up with a new one called Justicia Cósmica, and it kicks just as hard as its predecessor.