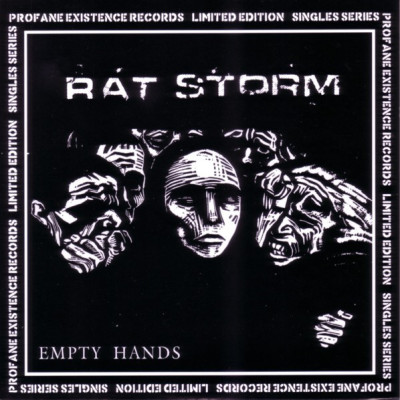 Storm is a four piece band from Bloomington, Indiana who formed in 2009. Rat Storm play a brutal, caustic, venomous style of music that mixes hardcore, punk, crust, d-beat, and powerviolence into a ferocious, seething, and unhinged sound. This female fronted band stands out from the pack with socially conscious lyrics that are in your face and force you to think. Musically, Rat Storm can be loosely affiliated with bands that include Reivers, No Static, and Closet Burner. Empty Hands is the band's latest six song EP. Overall, these six songs make for a scathing and brutal listen.