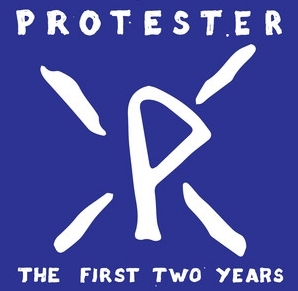 Washington DC is not only one of the places where USHC started , but also a place where over the next 35 years there were outstanding bands that kept the high reputation of the local scene. Protester appeared out of this vibrant local scene, firstly as a one-man project, which quickly turned into a real band and immadietely become one of the best and hard hitting bands we could hear. These guys know their history and brought elements of early Boston, NYC, DCHC and late'80's Clevo or Seattle to their sound (think Confront , Brotherhood , SSD or early Agnostic Front) but they were smart enough to avoid the "retro" tag and smart enough again to make it sounding like it's now but being far from polished, overproduced and pleasant sounding. This release documents the first period of the band and it's coming out to support their European tour with Red Death (May/June). It contain 15 songs (incl. Last Rights and Agnostic Front covers) that originally were released on demo tape, first 7", limited promo tape and "The Red Line" tape comp so everything right before their "No identity" 7" on Triple B records. CLEAR VINYL.