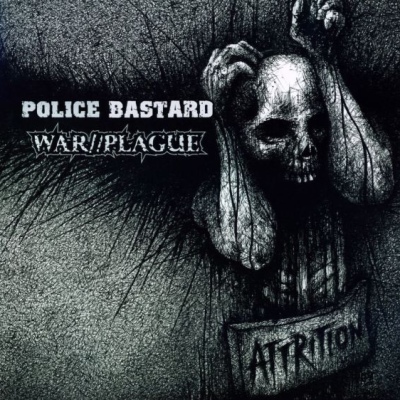 Profane Existence has been given the opportunity to release this split album by two bands made up of weathered veterans from both sides of the Atlantic: POLICE BASTARD hailing Birmingham, UK(formed by ex-DOOM members) and play a combination of classic peace punk with thrash punk influences and include crust versions of RUDIMENTARY PENI and MOB classics with their contribution. WAR//PLAGUE hail from the DIY punk underbelly of Minneapolis (ex-PROVOKED, CALLOUSED, PONTIUS PILATE etc.) and play a deeply moody style of crust punk with rhythmic tribal undertones. Both bands have previous releases under their belts, but this is their first appearance on Profane Existence.