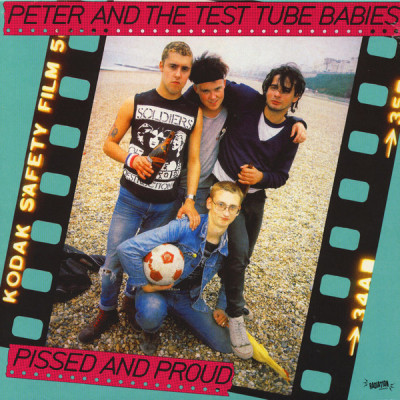 PETER AND THE TEST TUBE BABIES

BACK IN STOCK!!! Formed in 1978 in the sleepy Brighton suburb of Peacehaven, Peter & The Test Tube Babies are one of the most legendary bands of the first wave of UK Oi! and punk. Known for their sarcastic, tongue-in-cheek lyrics and explosive live show, the band has been rocking stages for nearly 4 decades and are still going strong. Pissed & Proud, originally released in 1982, is their debut full-length album. They had previously released numerous singles and compilation tracks, but this live album - recorded in Hammersmith, Wood Green, and their original stomping ground, Brighton - was their biggest release yet. Not many bands debut with a live album, but for Peter & The Test Tube Babies, who were at that point legends for their live show, it made perfect sense. Essential UK Oi! reissued on vinyl, enjoy P&TTTB at their rawest, wryest best.