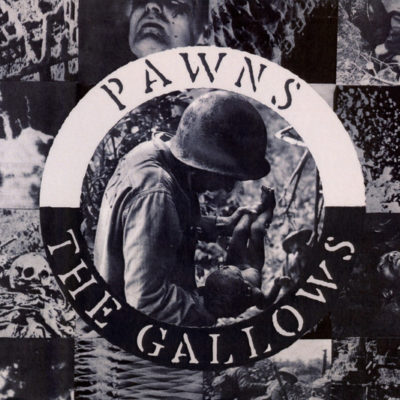 Pawns debut album Gallows draws influences both musically and thematically from anarcho-punk bands of the early 1980’s, Pawns’ new single “The Cross” delivers its own dark touch to a time honored sound. Reminiscent of such acts as Honey Bane or Lack of Knowledge, it is not hard to imagine stumbling upon this track via the B side of the 1980 Crass Records’ compilation, Bullshit Detector (Vol 1.). “The Cross” is the first single off of the Pawns debut full length “The Gallows” scheduled for a July 28th release on notable goth/peace-punk Label Mass Media Records on vinyl and on Bat-Cave Productions on CD