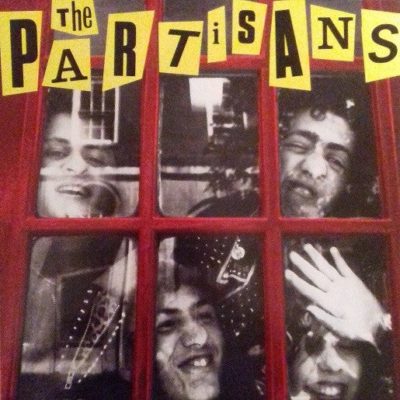 BACK IN STOCK!!! Not only were the Partisans one of the best and most inspiring bands from the third wave of British Punk. Hailing from Wales, originally starting out in 1978, they not only channeled all the melody and magic of their influences (Sex Pistols /Clash / Ramones/ Vibrators / Stiff Little Fingers /UK Subs) from the first two waves of UK and American punk they added a refreshing amount of youthful energy and best of all a hard 'kids on the street' edge to their sound.

Originally released in 1983 on the now legendary No Future Records This debut LP has become one of the seminal albums in 80s British punk alongside records from the likes of Blitz, Red Alert and Cock Sparrer. Just one listen to songs like '17 Years Of Hell' and 'I Never Needed You' and you'll know why this album shows up constantly on so many 'Top 100' must have lists of Classic UK Punk.

It is now being released domestically for the first time on Puke n Vomit Records. comes with a 24x24 poster of the album cover