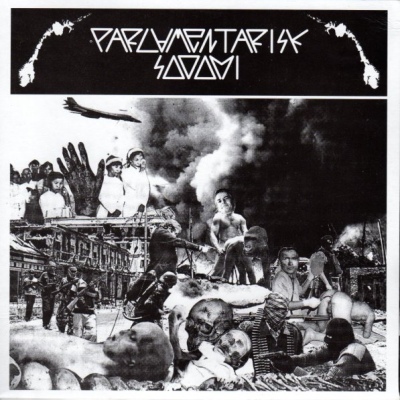 This split EP features three old songs from Parlamentarisk Sodomi, two recorded in 2007, one in 2006.
The first one features a solo added in 2010, while the last one is a remixed version.
Since these songs are from the "Har Du Sagt 'A' Får Du Si 'Nal'" era, they are in the same vein of the ones featured on that album, so expect your dose of old school grindcore, played with a raw and unforgiving approach and a GREAT taste in riffing.
Laserguys are from Norway as well, blistering old school grindcore, unreleased stuff, looks like Norway is making its way in the grindcore scene in the best way.